Showing posts from January, 2018
Show All

What is Impulse Wave? 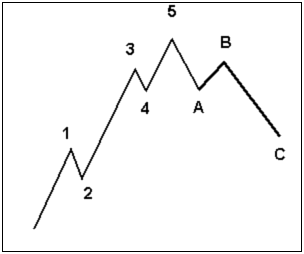 What is an Impulse wave? Elliott Wave is bifurcated into two waves namely:- 1    .     Impulse Wave 2    .     Corrective Wave The waves are labeled in numbers (1-2-3-4-5) in the former wave as mentioned above. The three golden rules of impulse wave are 1    .     Wave 2 should not go beyond wave 0, it can be 100% but not below or above the origin. 2    .     Wave 3 is the longest wave in the impulse wave i.e. (1-3-5) but not necessarily. 3    .     Wave 4 should not enter in the terrain of wave 1. If all the above rules are not met, then the wave is not termed as impulse but corrective wave. Corrective wave are different and difficult to interpret. The rules are different so its guidelines. You can learn Elliott Wave and Neo wave with me on 3 rd and 4 th February 2018. A two day paid webinar covering all the details of Elliott Wave and Neo Wave. Neo wave is the filtered version which I use. The Cost of the two day Webinar is 10000/- spanning more t
Post a Comment
Read more
More posts